The swap feature uses a CFMM with a curve which has the following features.

This flat curve function is suitable for asset pairs that are highly correlated.

Application and Integration of Fees# 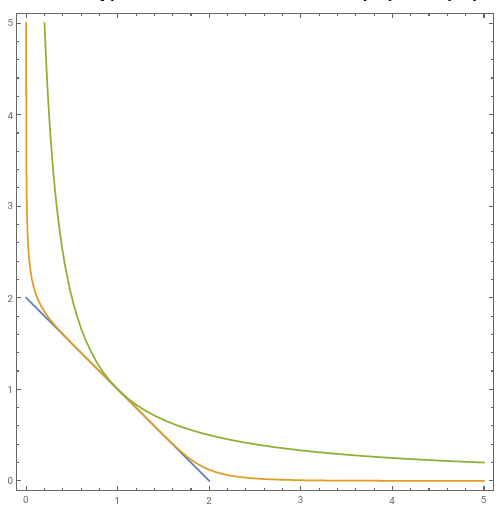 For convenience the youves swap frontend also offers to swap pairs, which are not on the youves backend. This includes for example the uUSD/YOU pair on Quipuswap.

Pairs considered for the flat curve CFMM, should be highly correlated.

For the pairs on youves, 50% of the fees go to the platform profits and 50% go to the liquidity providers.

Any user can become a liquidity provider.

For each pair, a user can become a liquidty provider by adding the tokens of the first and the second asset exactly in the same proportion as they are in the liquidity pool at that moment.

At any point in time a liquidity provider can remove its share of liquidity from the Swap feature. The proportion of the two assets may be different than what was initially put in.